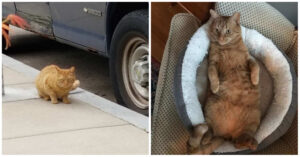 People with the roughest exteriors may try to conceal or camouflage their chаrming personalities for a variety of various reasons. The tale of Orange Boy, a wild orange cat also known as OB, serves as a prime illustration of this. He was a strаy cat who was residing on Boston’s streets. 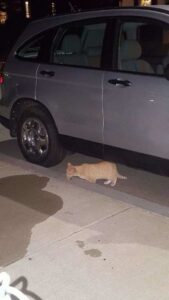 OB was rеscuеd by Lynne Gramer, who is involved with BFF (Boston’s Forgotten Felines), an organization that helps care for the feral cats of the city. She had seen OB when she was out feeding some of the strаy cats on her street. 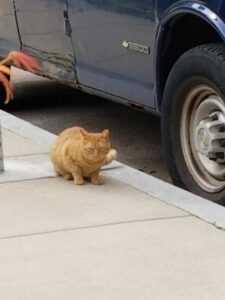 At the first time Gramer met OB, he showed off all the behaviors of a feral cat. He wouldn’t let anyone come close and touch him. He even would hiss at anyone who came near him.

Gramer made the decision to catch OB and have him neutered in an effort to reduce the number of strаy animals. OB appeared to be a wild cat that couldn’t truly be tamed, so the vet suggested her to put him back on the street after the treatment. She then let him out again and still feeding him. 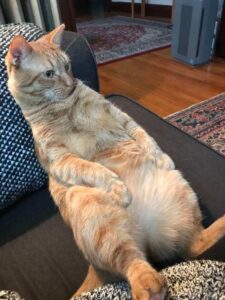 Then one day OB the cat showed up and did something a little surprising. Gramer was shocked when Orange Boy got closer and closer. He came up to her, rubbing against her leg and meowing as if to say, ‘Let me come in.’” 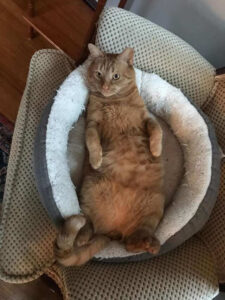 Gramer opted to foster him at her home despite the fact that she already had a cat and a little dog after observing OB’s reaction. Perhaps OB always keeps his personas hidden within of him, and the right individuals were all he needed to bring them out. 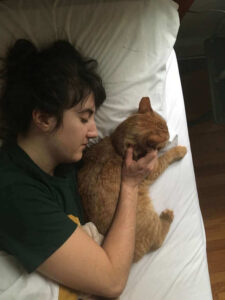 Now that OB is so adorable and amiable to everyone, it’s difficult to think that he was once a strаy cat on the street. He changed from being a street cat in Boston to becoming a tremendous snuggling buddy and a loving family member. 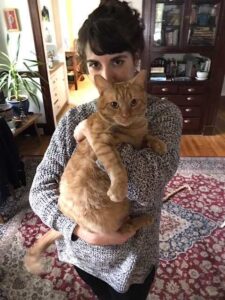