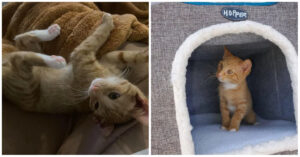 Nothing unusual when sanitation workers William Montero and John Case started their routine Monday morning tour in the Queens region.

They had just finished loading full garbage bags into the back of a truck when they heard a meow. “I initially hoped that it was a toy. No, sadly,” responds Montero.

There was no question that there was a live thing within the sack since the wailing became louder and came from it. “We discovered a kitten when we opened the bag. His heart was beating frantically. We grabbed him because we assumed he was shocked. 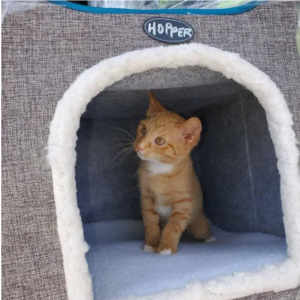 Someone put the kitten in a trash bag and left it on the side of the road, but fortunately the workers sаvеd him from the press at the last moment. Then the men rummaged through the rest of the garbage for a long time to make sure that there were no other animals there – they did not find anyone.

The red minke whale was shocked by the trials, but glad to be sаvеd. They tried to transport him in a cardboard box, from where the baby stubbornly got out. “He’s tenacious. We couldn’t keep him there,” says Montero. 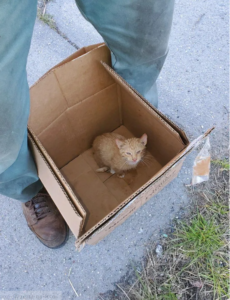 The kitten was still frightened when Case picked it up and held it to his chest, comforting it, then wiped the dirt from its eye. Then the kitten got better.

“We tried to calm him down until my manager took him to the vet.” 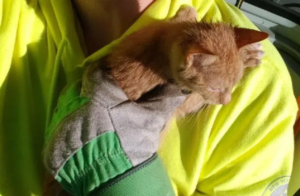 All these hugs of new acquaintances noticeably helped the kitten, benefited him. Montero and Case, both animal lovers, decided to name him Jumper.

“That’s the nickname for the back of the garbage truck – Jumper. My partner and I argued, Jumper or Rusty. We agreed on the Jumper, ”says Montero. 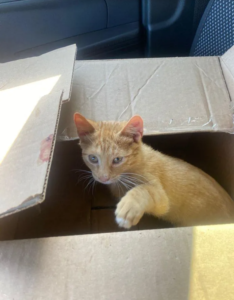 Jumper is now recovering in a comfortable environment. Thanks to vigilant garbage collectors and animal rights activists, he is well on his way to a full recovery and a brighter future. 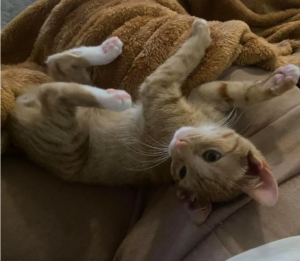 “I just did what I hope any normal person would do,” says Montero.

“Today we went to the vet and gave the foster mom a gift (a crib and everything needed) so that the kitten does not need anything while she is looking for a permanent home.” 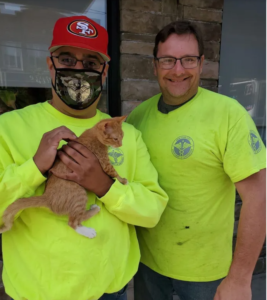